A shipment of grain for Pompeii

In 2017 and 2019 Jean Andreau, Lucia Rossi and André Tchernia re-published the painted texts on a small amphora found in Pompeii. The texts record the shipment of grain from Ostia to Pompeii. In the first publication the authors discuss the texts, in the second they try to answer the question why this exceptional transport, in an unexpected direction, took place.

The amphora, which is only 26 centimetres high, was excavated on May 30 1941 in the atrium of the House of Epidius Primus in Pompeii (I, 8, 14). It was found below objects that had fallen down from the first floor. It had apparently been re-used in the house, indicated also by the partially preserved text RVSTICO AB ...

The atrium of the House of Epidius Primus.
Photo: pompeiiinpictures.com.

The painted texts on the amphora were published for the first time by Matteo della Corte in 1946, and then in the corpus of Latin inscriptions in 1963 (CIL IV, supplement 3, 9591). Apart from the text already mentioned, there are three texts, by three different hands:

In the first part of the text we read that the amphora was used as an exemplar: it contained a sample. Exemplaria were used for two purposes: either as a guarantee that the cargo had not been tampered with during transport (and the exemplar would then be transported separately), or for tasting, to judge the quality (especially for wine). The ship that will transport the cargo is identified through the tonnage (1,600 amphorae), the deities protecting it (Jupiter and Juno), the ensign on the bow (Victoria), the owner (Publius Pompilius Satyrus, dominus navis), and the master of the ship (Marcus Lartidius Vitalis, magister navis). The transport involves 15,200 modii of grain, which would fill the ship completely with around 100 tons. The type of ship, cumba, is a bit unexpected: the word is encountered especially in poetic literature for small ships, such as fishing boats and auxiliary boats in a harbour.

Detail of the upper part of the amphora.

The second part of the text stipulates that the price of the transport will be 2% of the price of the grain, "from Ostia" or "to be paid in Ostia", at the latest on October 14 in a year that is not specified, so shortly before the end of the shipping season, the mare clausum. The price of the grain was agreed upon in a separate document. Part of the deal is the addition of 200 free modii, around 1,750 litres.

The grain originated from the province of Africa Proconsularis, modern Tunisia. The ship master, Vitalis, is a citizen of Clupea, modern Kelibia in the north-east of Tunisia. The clay of the amphora points to fabrication in Africa. Satyrus, the owner of the ship, may have been the owner of the grain, but it is also possible that he was transporting on behalf of someone else.

What prompted this unusual business deal, for transport of grain not from a province such as Africa or Egypt to Ostia and then on to Rome, but in the opposite direction? That this was not a regular transport is also shown by the sending of a sample: the business partners did not know each other, there was no trust relationship. Was there a famine in Pompeii? One inscription documents a prolonged shortage of grain in Pompeii, a caritas annonae (Massimo Osanna in JRA 31 (2018), 310-322; John Bodel et al. in JRA 32 (2019), 148-182). But would a shortage in Pompeii not have occurred in Rome as well? 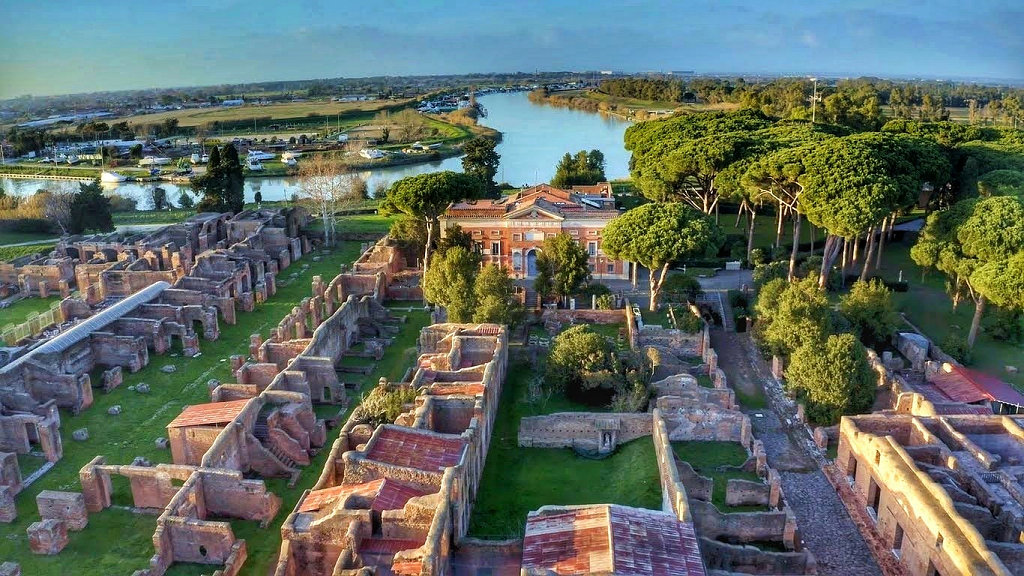 The French team prefers to think of a disastrous event that took place in Campania, but not in Rome: the earthquake of February 5, 62 AD (and 63 AD? - on the date see Harry M. Hine in L'Antiquité Classique 53 (1984), 266-269). Tacitus wrote: "An earthquake demolished a large part of Pompeii, a populous town in Campania" (Annales XV 22,1). Seneca provides more information: "Pompeii, the celebrated city in Campania, has been overwhelmed in an earthquake, which shook all the surrounding districts as well ... The extent of the disaster may be gathered from a few details. Part of the town of Herculaneum fell; the buildings left standing are very insecure. The colony of Nuceria had painful experience of the shock, but sustained no damage. Naples was just touched by what might have proved a great disaster to it; many private houses suffered, but no public building was destroyed. The villas built on the cliffs everywhere shook, but without damage being done. In addition, they say, a flock of six hundred sheep was destroyed, and statues were split open; some people were driven out of their minds, and wandered about in helpless idiotcy" (Naturales Quaestiones 6,1,1-3; translation John Clarke).

The earthquake on a relief from Pompeii.
Photo: Wikimedia, Finoskov.

We can easily imagine that small and large warehouses for grain collapsed or even burned down during the earthquake. What causes surprise is that the shipment from Ostia took place so late in the year. After February 5, the people in Pompeii had had half a year of safe sailing, the mare apertum, to replenish any lost stocks. But in 62 AD not all was good in Rome and its harbour either. Tacitus: "To hide his anxious fears about foreign affairs, Nero threw the people's corn, which was so old as to be spoilt, into the Tiber, with the view of keeping up a sense of security about the supplies. There was no addition to the price, although about two hundred ships were destroyed in the very harbour by a violent storm, and one hundred more, which had sailed up the Tiber, by an accidental fire" (Annales XV,18,2; translation A.J. Church and W.J. Brodribb).

The large number of ships lost in Claudius' basin in Portus is astonishing. Russel Meiggs, the great historian of Ostia, already expressed his surprise: "The easiest explanation of the catastrophe is to assume that an unexpected storm broke very suddenly when the harbour was particularly crowded" (Roman Ostia, 161). A tsunami would offer an even better explanation. Such a sea-quake could be the result of the same seismic activity that caused the earthquake in Pompeii. The seawater could have spoiled reserves in the warehouses in the harbour, or fresh supplies if the event occurred later in the year. Pompeii may not have been high on the priority list.

At the end of the sailing season disaster relief would then have become an option, based on a business contract, the details of which we do not know, with a gift of 200 modii as a friendly gesture.

The earthquake and tsunami that struck Lisbon in 1755.